It is also about QE. In my strong opinion, the stock indices/markets have rallied to Bubble levels because of the money printing. Therefore once it is withdrawn the prices have to revert.

MARKETS ARE MOVING BASED ON HEADLINES- SANCTIONS, BLOW BY BLOW UPDATES ON FIGHTING (LAND TAKEN AND LOST).

Above is what I said last week and things remain the same!!!! I do not see an improvement in Global Indices until there is a resolution.

I had kind of dismissed the Russian economy, equating it with Italy. The control it has over “rare earth metals”, oil and gas, makes them much more relevant.

The oil price is inflationary. Oil price shocks historically have brought on recessions.

Will this price volatility across all markets cause Financial Stress?

“We all see what’s going on with oil, gold, euros and rates. Here’s what you don’t see. Someone is on the wrong side of every one of those trades. They’re losing billions. This results in the failure of hedge funds and banks. Takes about a week for bodies to float to the surface.”

Central Banks must do something about this. The traditional tool to deal with inflation is Increase Interest Rates. ECB on Thursday commenced bond buying tapering and mentioned increasing rates later in the year. This is a very tardy approach to dealing with inflation. Imho they are dragging their feet and do not have the courage to deal with the current issues. They are still fighting the Covid support battle. Growth was improving and economies were (before Russia) getting back to pre-March 2020 levels. Inflation is an economic killer.

“Over time, the three biggest factors that tend to drive the U.S. economy into a recession are an inverted yield curve, some kind of commodity price shock or Fed tightening,” 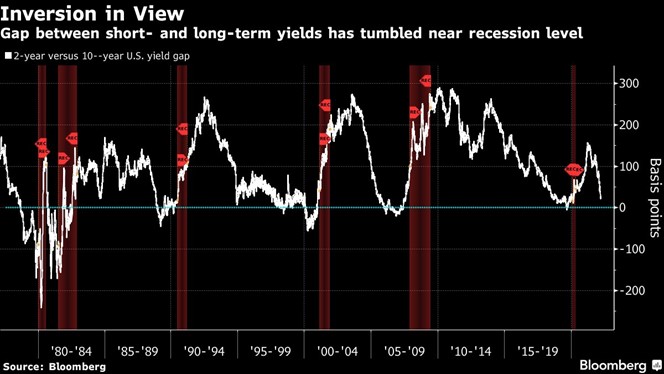 Powell made it clear to Congress that rate would be going up and Quantitative tightening would occur. The FOMC (Federal Open Market Committee) meets on Tuesday/Wednesday with the announcement of their Monetary Policy at 7 pm Irish time Wednesday. Powell will hold presser at 7.30.

.25% increase in Fed Funds rates is expected. And a signal that they will increase by similar for the next coming meetings is priced in. as is QT, imo. Maybe the market gets a shock from it actually happening, but I don’t think so.

Yields are starting to reflect the reality of higher short-term rates. Yields are getting back to 2% in ten years.

Credit markets are a sign of financial stress. Who owns Russian bonds? Peeps sell their good stuff to pay for bad.

Gold rallied and broke out of its range. Gold is a hedge against Inflation and the safest of safe havens. ATHs did not last long. Now back below 2k. Not worth playing as it is too War news dependent imo

Markets are going lower because the valuations of tech were exaggerated due to- too much money in the system(money flows around stock markets like water), competition for funds from higher returns from safe investments like US treasury’s and profit taking.

DO NOT CATCH FALLING KNIVES!!!

My stock bearishness is now being modified, a gent from our Investing Course has convinced me!!, to start looking for well priced, good companies to Invest in. The March 2020 low looks a good place to buy but only for profit making cos with a good track record. None of the Tech rubbish that sprung up in the past 2 years.

2021 was a year of IPOs- all availing of the free money. There has been none in the past 6 weeks.

This would be a new (cycle) closing low here for $ARKK 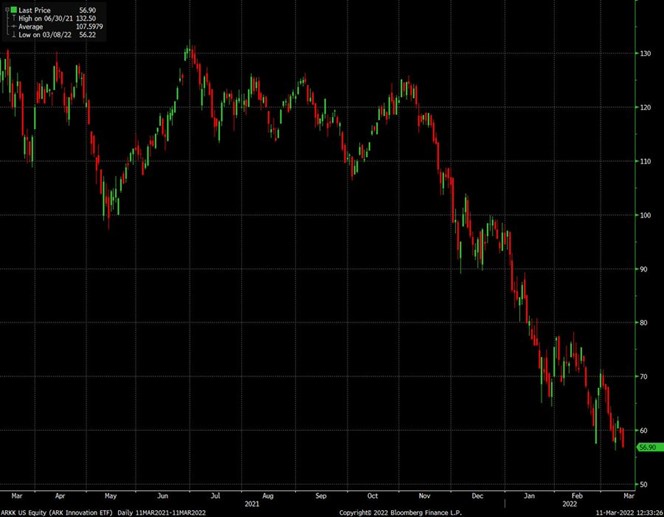 Watch out for cos with investment in bitcoin, and ev cos (Amazon has shares in Rivian- go figure?). Avoid tesla imo (money in bitcoin)/ overvalued still.

“Bulls stepped in where they had to preventing a loss of the key 4195 zone and its deja vu as we are *yet again* back near that 4260 magnet zone. it doesn’t stay away from this zone for long” 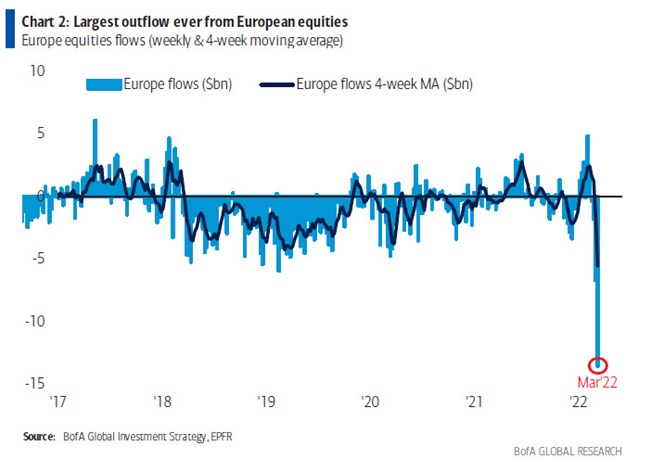 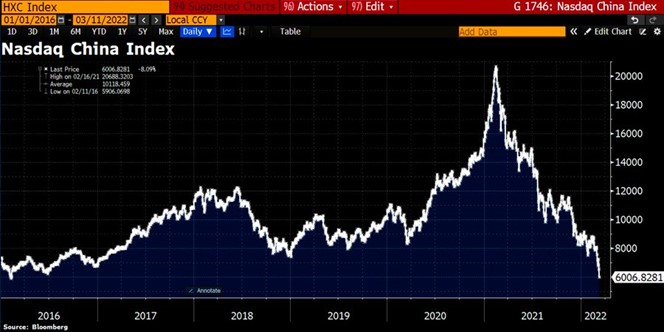 Watch out for FED on Wednesday 7pm

US clock has gone forward.