Again, the main Theme is how will the US stock markets perform without the Monetary and Fiscal policy assistance. Europe are getting in on the act as Inflation fighters; halting the financial support and threatening rate rises later this year.

The Economy, if the US employment figures on Friday are any guide, is going well. The employment nos for 2021 were revised upwards.

It looks like the economy does NOT need any more support and will thrive.  This should be good for co sales and earnings……hence share price.

Earnings season is a seriously busy time, and one needs to focus. Amazon, Google and Microsoft had good results and guidance and their share price prospered. Facebook on the other hand – 26% fall!!!!

Markets tend to settle down after earnings season and plod higher.

The technical analysis issues are – did the recent sell off reach a crescendo? Has the low been put in? The countertrend, short covering rally, failed at the 68% Fibonacci level and the sell off from there looked technically bad.

However, we look to have regained the 200 dma.

CPI in the US will be released Thursday.

All assets/risk are valued in relation to Bond yields imho therefore risk assets have to fall in price.

Economic news due PMIs for January due. Friday see the Employment report. https://www.investing.com/economic-calendar/

Likely to cause Housing to slow down.

Earnings season’s big week is behind us.

Earnings and outlook were confirmed as the most important guide to share price. 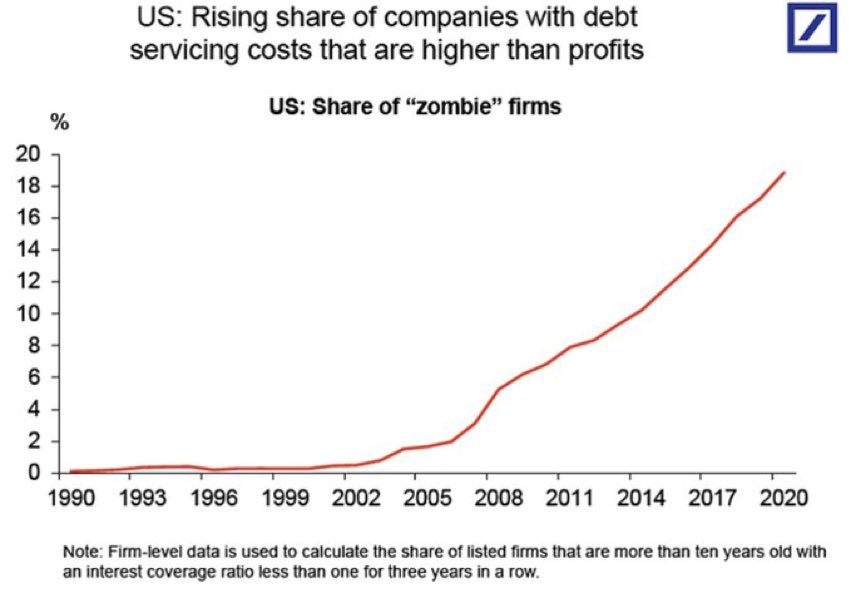 Correction Map: “average S&P 500 pullback during non-recessionary periods is -15.4% and -36% during recessions” S&P500 correction was ~12% high-to-low, about in line with average ex-recession… (but what if a recession is coming ) 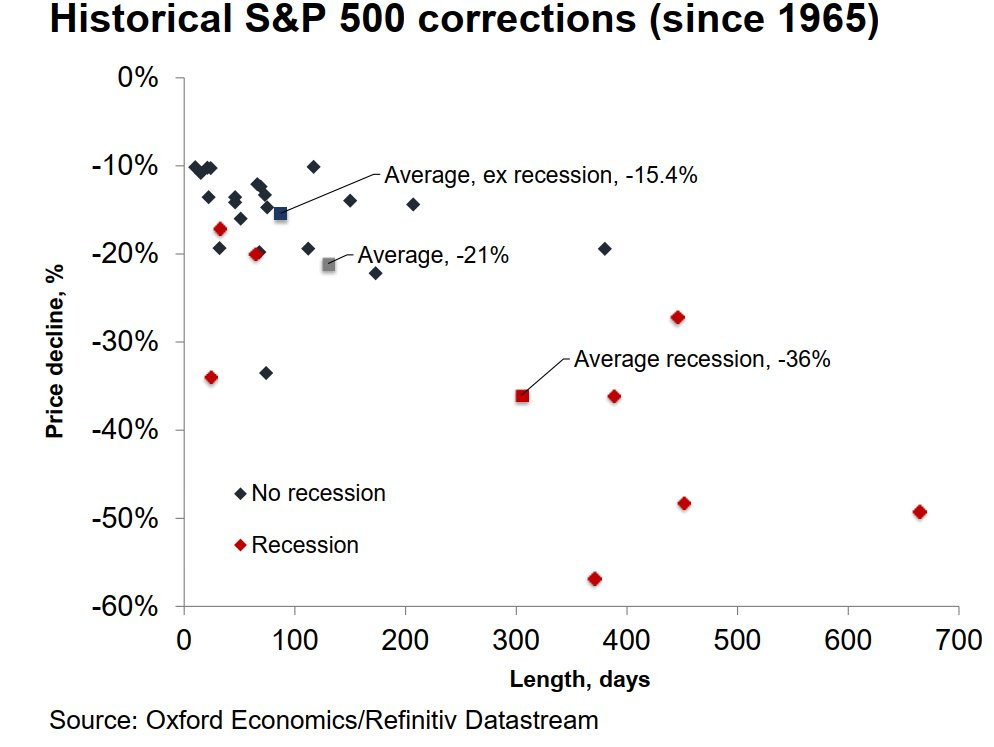 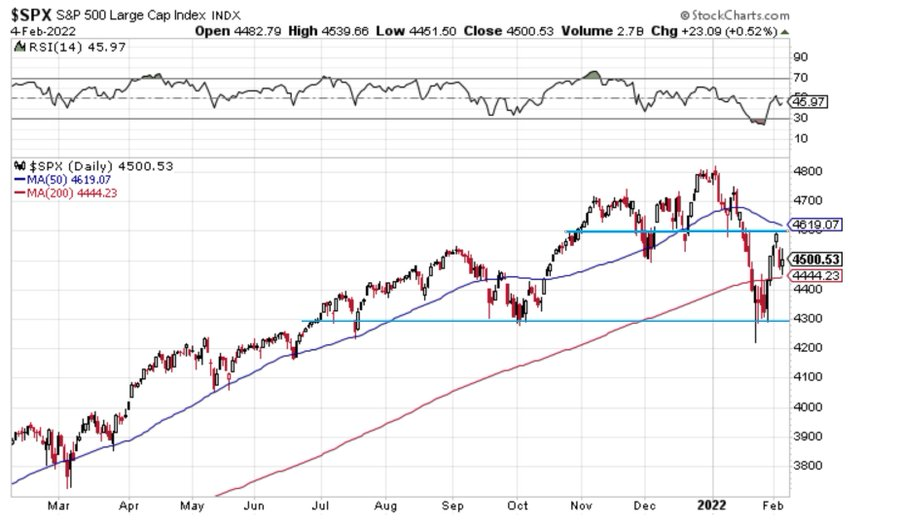 Something for the Bulls

Equity traders have cut exposure at the fastest rate in history. The one-week positioning change is at a new record low – worse than the MARCH 2020 bottom. Relative to Market Cap, the selling is also among the worst in history – previously seen at some Major market bottoms. 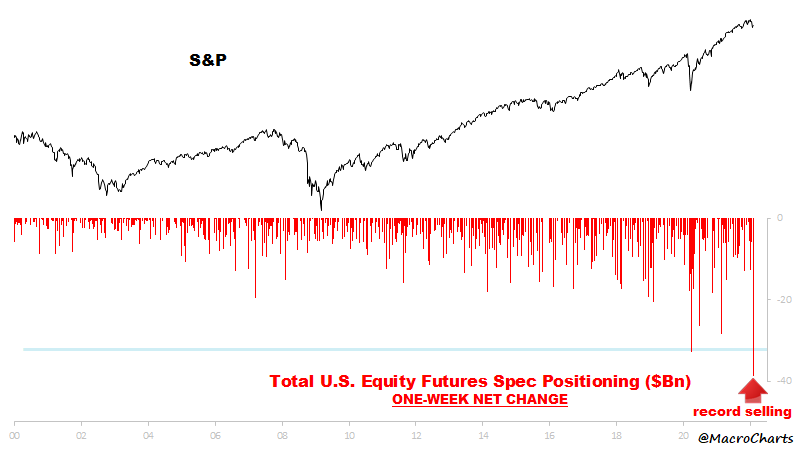 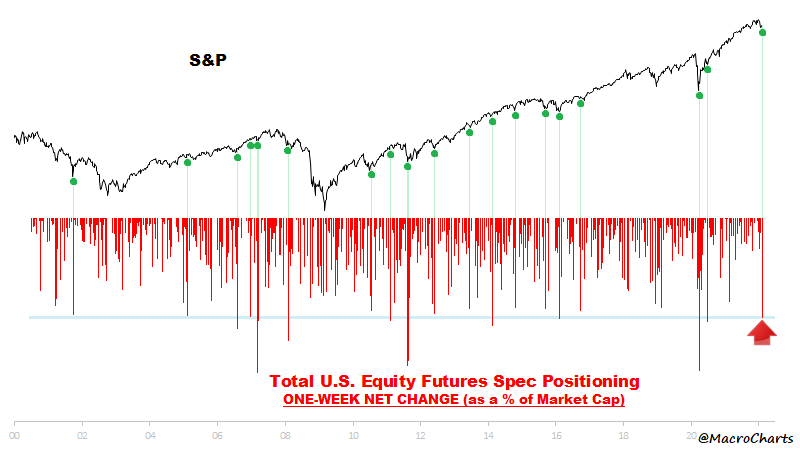 Support lines held last week. But so did resistance.

It is a short term game. I am flat and only playing when Time and price action show momentum. Join the tide!!!

Call or email for discussion.